To reduce the risk of theft as much as possible, the connected bike lock is a very interesting solution. Not only does it prevent your bike from being stolen, but it also gives you the opportunity to be warned if an attempt is made. You can then quickly intervene and leave your bike outside in complete peace of mind. 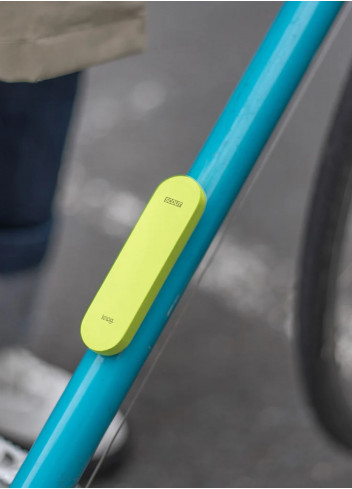 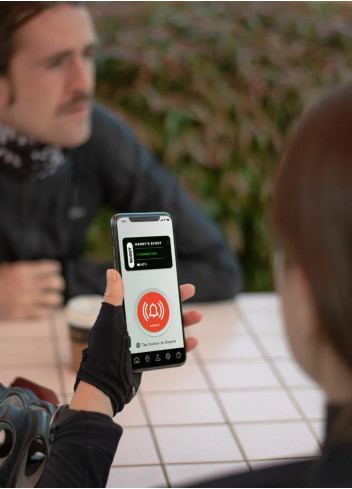 What is a connected bike lock?

The advantage with the connected bike lock is that unlike a traditional lock it allows the owner to stay informed via app even if they can't see their bike. This object is a very good way to limit the risk of theft and to leave your bike outside with more confidence. A person who wants to be able to park their bike on the street during their working day, for example, will therefore be able to consider this possibility with greater ease thanks to the use of a connected bike lock.

In particular, we suggest you discover the connected U-lock alarm Luma Netlock 60HU. This U-shaped anti-theft device was voted by UFC Que Choisir as the strongest anti-theft device on the market. It is connected directly to the owner's smartphone to send an alert in case of suspicious movement and also has a 100dB alarm that will sound in case of attempted theft. So with this connected bike lock, your bike is well protected!

Bike alarms, how do they work?

Bike alarms work on the same principle as car alarms. A device is switched on when one's mount is parked and if an attempt is made to steal it, an audible alarm sounds. The purpose of the alarm is to inform the owner of the nearby bike of the attempted theft and passers-by so that someone can react quickly. The bike alarm also acts as a deterrent as an attempted theft may be abandoned when the thief hears the alarm sounding for example.

There are several types of alarms that one will choose according to one's needs. First of all, there are the classic bike alarms which are in the form of a box to be attached to the bike. In the event of movement, the alarm will sound. To activate and deactivate it, a three-letter code or a remote control can be used, for example. A bike lock with alarm can also be used. The bike lock with alarm is a chain lock or U lock device for example that is also associated with an alarm. The bike can then be parked, secured by the anti-theft device and then the alarm will be activated to enjoy maximum security.

The use of a bike lock with an alarm or a classic bike lock with its alarm box is recommended to limit the theft of one's bike. Indeed, although an alarm allows you to be warned and has a dissuasive effect, it will not prevent a potential thief from leaving with the bike. An anti-theft device, on the other hand, will make the task much more difficult as the bike will be both secured and alarmed. To limit the risk of theft, securing your bike in addition to putting an alarm on it is therefore preferable.

To deter thieves, the protection quality of the Abus padlock will be undeniable and accessible at a reasonable price. We also offer a range of locks that can be perfectly combined with alarms such as Kryptonite Messenger Mini U lock if you are looking for a compact and easy to take anywhere model, the ultra strong NY Fahgettaboudit U-lock by Kryptonite if you need a particularly strong model (the brand gives it a security level of 10/10) or the 90 cm Evolution Series 4 bike chain also by Kryptonite if you prefer a soft and easy to handle model to secure your bike with more ease. The bike must be effectively secured, which means that a part of the frame, the front wheel and also a fixed point must all be caught in the lock. The chosen fixed point can be a dedicated bicycle device, but it can also be a solid fence for example.

What are the other possibilities when it comes to anti-theft devices?

While the connected lock is practical and effective, there are many other bike lock solutions and accessories. There is the U-shaped lock or the chain lock, which are two different solutions and which will be found with different levels of strength and robustness depending on the model chosen. Of course, there are also alarms that will give an audible warning in the event of an attempted theft. You can even find pannier locks so that you can leave your bag quietly on its luggage rack.

So there are many solutions when it comes to bike locks. We advise you to choose the one that will be best suited to the level of risk encountered with, for example, maximum protection if your bike is regularly parked outside and over long periods. If this type of situation is more occasional, then you may be able to make do with a lighter, less bulky lock.

From 99€ of purchase in France

In mainland France within 30 days